The generally accepted carb limit on the keto diet is around 25 g. You can probably go up a little bit more depending on your metabolism but for your body to stay in ketosis that limit is recommended.

So as long as you eat less than 25 g in a day no matter what you eat, you should be good.

This assumes of course that the foods you choose to eat are not sugary like chocolate or cake etc.

If we look at a serving ( 1 cup) of raw cranberries you’ll see that it has the following amounts of carbohydrate in it:

You can see right off the bat that if you were to eat a cup of cranberries you’d already have eaten half of your daily limit. But …

… 5 g of that 12 g carbohydrate total is fiber which doesn’t count because fiber doesn’t get absorbed by the body, it just goes through the G.I. system and makes its way out.

So that means we have 7 g left. Therefore if you decided to eat a serving of cranberries then you will only have used up around 1/4 of your daily total. I say a around 1/4 when really it’s a bit more, but that’s because I believe that fruit sugar doesn’t have the same impact on insulin as regular carbohydrate does, from say breads or pasta.

But not everybody wants a full serving of cranberries. Some just want half a cup or a small handful etc., which would only amount to maybe 3 or 4 g of carbohydrate.

So the answer is yes, raw, fresh cranberries are Keto. But the dried ones are not.

Hope this was helpful. 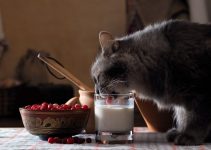 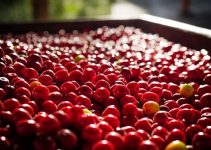