To be brief, the Paleo diet is an eating plan that has you only eating foods that were available to us humans in the past. Specifically from around 10,000 years ago and beyond.

The reason for the date of 10,000 years ago and before is because that’s around the time that agriculture and farming were invented, and with it came different foods. Before that, food came from hunting and gathering.

On this diet you eat meat and fish, fruits and vegetables, and nuts and seeds. Anything you can hunt or find.

This diet excludes grains and dairy which we get today from farming.

The purpose of the diet is to get people to eat what some scientists (or the inventors of this diet) claim is the most ideal diet for us, based on our genetics.

My own take on the Paleo diet is that it is just one more of the many low-carb diets that have come to fruition lately. I don’t think there’s anything special about eating this diet specifically when comparing it to other low carb diets.

In other words it’s not that through this diet we are now eating foods that are much healthier for us – although they are – that make this diet a good one to implement, it’s more about what we are omitting.

By eating the Paleo diet we are excluding most of the foods that give us problems like refined sugars and complex carbohydrate. Sweets, desserts, breads, pastas and potatoes.

All foods that make us fat and cause other health issues that land us in the hospital.

So diets like Keto, Atkins, Carnivore and others will still give us almost the same health benefits that eating the Paleo diet does, simply because they all have the same thing in common; low or no carbs. All things Cranberries at Cranby.com

But back to cranberries.

Since cranberries are classified as a fruit, then they qualify as a Paleo approved food.

But if you still weren’t satisfied and wanted to be technical about it, you can do some research and find out that cranberries were around 10,000 years ago (qualifying for the Paleo time period window).

At that time the ice caps in North America started melting and these shrinking glaciers left large areas of wet land, which today are creatively called wetlands and/or bogs, which was the perfect terrain for cranberries to grow, and they did.

Now if anybody asks you why you’re eating cranberries on your Paleo diet, you have some talking points to stick in their face, with an air of superiority of course.

And, because you read this blog post, you’re also armed with a few more facts that you may need if you ever appear on the game show, “Who wants to be Millionaire.”

You can never be too prepared. 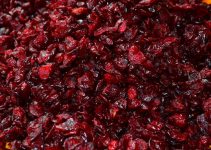 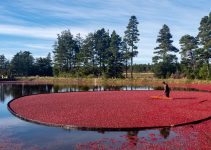 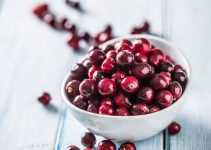