In the Fall, mainly between September & October but sometimes into early December within North America.

There are 5 main US states that grow the majority all the cranberries in America.

The last 3 states altogether grow maybe 17% of the total. Cranberries grow in marshy, moist wetlands called bogs. They grow on plants or vines out of this particular type of soil that’s naturally found in the northeastern United States.

Picking them by hand is a long and difficult job so the farmers found a much better way to harvest them. What they do is flood the crops the night before and then about 12 hours later come out to find them floating on the surface.

After that they’re simply rounded up like cattle and shipped off for processing. The ones we find at the grocery store are “dry harvested” which means they are picked off of the vine. But the majority are wet harvested and used for juices, sauces and other cranberry products.

Trivia: “Are cranberries a bush/shrub or a tree?” 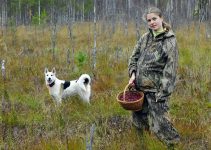 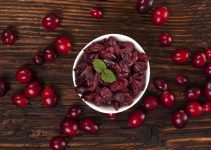 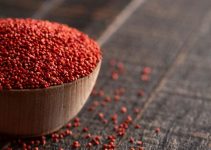