Home
Fun Facts
Which is Healthier, Cranberries or Raisins Cranberries by a long shot. Here’s why.

So that’s an entire cup of fruit with lots of fiber and 4 grams of natural sugar.

Now, let’s move on to raisins… So that’s 90 grams of sugar and you are on your way to being diabetic.

I know I know. You meant “dried cranberries” because who eats raw cranberries anyway? They are so sour that eating a handful would make you go blind.

So then if we compared sweetened, dried cranberries (craisins) to raisins then the winner is ….

It would be like going to the buffet and eating 9 plates of food instead of 10. Once you pass the point of no return, it doesn’t really matter. Which leaves me with 2 last things to say.

1 – If you are going to indulge then sit back and enjoy without overthinking anything. You only live once.

2- If you can find dried cranberries made with sweetener then you’ve found a way to cheat the system and so then it’s like drinking diet soda, all satisfaction with no consequences.

This is the way. 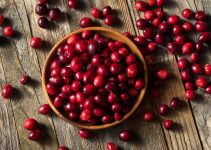 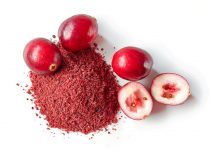