How it became part of our annual holiday tradition.

Why are Cranberries associated with Christmas?

Cranberries are a native fruit to North America (one of only three), so the Native Americans and first settlers to the area learned to use them in a variety of ways since there wasn’t much else available.

In history class most people learned that cranberry sauce or cranberries themselves were part of that first Thanksgiving meal that was shared between the Native Americans and the pilgrims, but nobody really knows for sure.

What they likely had was a Native American dish called pemmican which was combination of dried meat and crushed cranberries. This dish was common among the natives and probably the first cranberry/game combination of food in North America.

So it’s not much of a stretch to see how we went from pemmican to eating cranberries with most of our meat or poultry since the tart and mildly sweet cranberries would’ve added some kick to the meat.

It’s also worthy to note that the cranberry season runs from the end of September until the beginning of December which is when they are harvested, and so cranberries would have been widely available for both Thanksgiving and Christmas. And we know that in the past people could only eat what was available to them at the time since Costco wasn’t invented yet.

So this is likely why cranberries are associated with the holidays. It’s strange to think that we are still continuing on with this tradition and we haven’t a clue as to why?

It’s just something that we’ve done since forever, and so we continue doing it. But really it all started because the cranberry happened to be in season at the time of these festivals, when the people living during this period had no other choices.

I wonder how our Christmas dinners would be today if brussels sprouts and sardines were the most abundant foods available back then during the holidays? 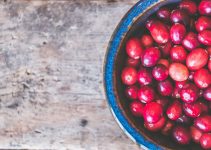 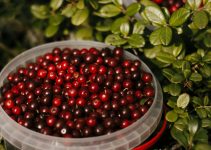 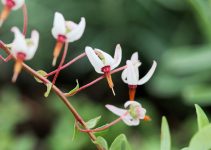