Home
Fun Facts
How do they Grow Cranberries in Water? They don’t. Cranberries are harvested in water, not grown in it.

Then why do I always see Cranberries in Water?

Every time we see cranberries on a farm they are usually floating in water. It’s a really cool visual which is why we see it a lot. Usually you’ll see a farmer wearing those long rubber pants, knee-deep in water wading through an abundance of cranberries.

Because of this the entire world believes that cranberries grow in the water because that’s what they’ve been shown, over and over again all their lives. After seeing or hearing something enough consistently you just learn to accept it.

There were a lot of trending commercials for cranberry juice on YouTube that showed two slow-talking farmers in a cranberry pool, in water up to their knees with those red berries floating all around them like cranberries had just fallen from the sky. They were a lot of fun too and helped cement that belief about cranberries growing in water. WATER IS USED FOR HARVEST ONLY

Cranberries grow in marshy, moist wetlands called bogs. They grow on plants or vines out of this particular type of soil that’s naturally found in the northeastern United States.

Picking them by hand is a long and difficult job so the farmers found a much better way to harvest them. What they do is flood the crops the night before and then about 12 hours later come out to find them floating on the surface.

After that they’re simply rounded up like cattle and shipped off for processing.

I hope this doesn’t take away from the romantic idea that you had about cranberries. I kind of feel like a parent telling their child that Santa Claus doesn’t exist, where Christmas is never the same again after that.

Cranberries are incredibly fascinating in so many different ways on their own merits, even without the growing-in-water fantasy. Check out some of the other posts on this site for some light, and fun bits of info, and discover how interesting cranberries really are.

Cranberries are lots of fun. 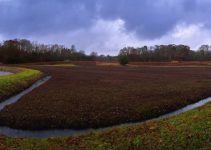 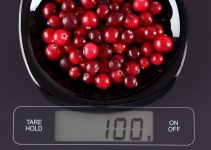 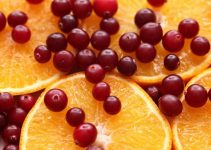