Home
Fun Facts
Where are Cranberries From? The last 3 states combined grow the remaining 17%. There are also some in Quebec and Ontario Canada, as well as a few other areas of the world, but those 5 states produce and grow the majority of them. The five states listed above are where the majority of the commercial growing of cranberries is, but in addition to those big producers, there are also wild cranberry bogs in some other areas of the country.

One of the more popular ones is in Ducktown in Polk County Tennessee. It’s approximately 120 acres in size and is owned by the Tennessee Department of Environment and Conservation.

Wild cranberry bogs are known to have been left over from the melting of the last Ice Age around 10,000 years back. So when the glaciers started to recede and give way, revealing more and more wetland, the cranberry plant had the exact conditions it needed to grow and take root.

So yes that means that cranberries are a native plant to North America. The only other two fruit that are native to this land and are also being commercially farmed here are the blueberry and the Concorde grape.

Thought that was an interesting tidbit of trivia. 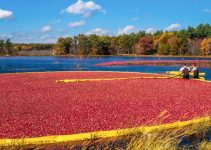 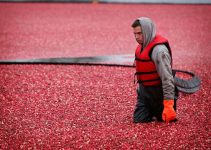 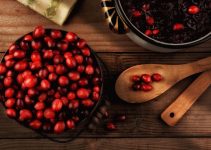